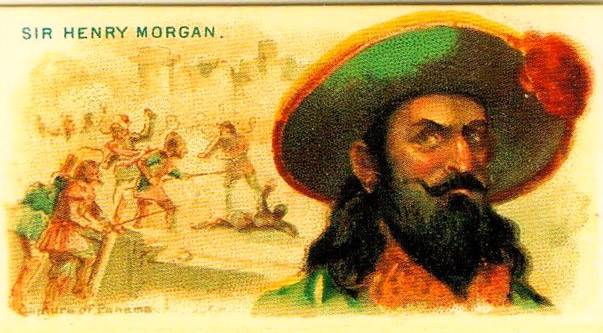 The History of San Andres is turbulent and full of famous celebrities. The documentation of the Island in the books started around the 16th century when the Spanish made maps of the Caribbean Sea and added the Island of San Andres. But it is said that Christopher Columbus has visited San Andres between 1492-1500 in his fourth exploration voyages, as written in history books. In the late 16th century the Dutch used the island as a safe haven from pirates and smugglers but the first real settlement came in 1628 when the British arrived.

First settlements in the 17th century

The British people that came from Barbados and England in search of new wealth and adventure founded the first settlement on San Andres. The fertile volcanic lands where used to grow crops and made living on the Island easy and laidback. The only lack on the Island was fresh water supplies, some settlers decided to move from San Andres to Providencia since there are some fresh water basins.

The first slaves from African birth were brought to the Island by the English around 1640, they were imported from Jamaica and used to work the land and for lumbering. Around this time piracy was a serious problem in the Caribbean and one of the famous pirates “Henry Morgan” used San Andres as one of its basis to attack Spanish and English ships that carried gold and other precious materials. Legend says that Henry Morgan buried part of his treasure on the Island in the now called Morgan’s Cave. You can visit this cave on a small daytrip.

Spanish occupations in the 18th century

The Spanish occupation of the Island didn’t lasted for long since the British retook the island and agreed to respect the Creole native inhabitants. They recognized the archipelago consisting of San Andres, Providencia and Santa Catalina as a colony. The Catholic religion was spreading and the first Baptist Church was founded in 1844 in the small town of La Loma.

In the 19th century Simon Bolivar an famous independence warrior of Colombia occupied the island of San Andres and took it under its jurisdiction. The island became officially part of Colombia around 1822. In 1826 countries surrounding the Island signed a peace treaty that they would respect each other’s borders, this document was signed by Colombia, Central America, Peru, Mexico and Panama.

Since the 20th century the island was becoming more and more popular with the people from mainland Colombia and the Island population was growing. World War II helped on the union and patriotism between the mainland Colombia people and San Andres native inhabitants. Since the year 2000 the island is transforming in an international holiday destination, hotels and resorts are growing everywhere on the island.